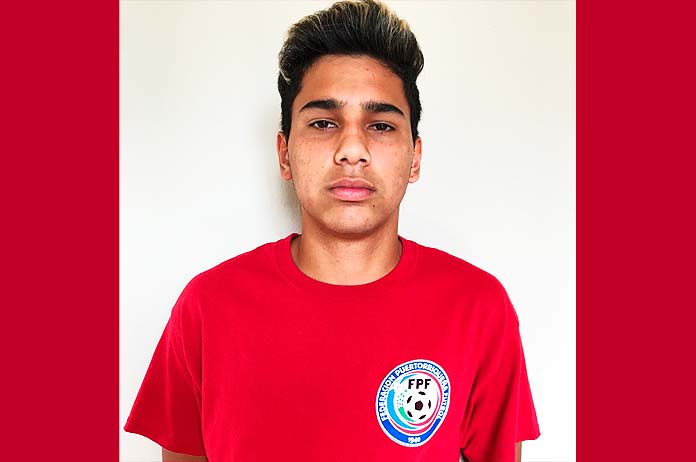 His Mum wanted him to learn to play tennis but, racket in hand and clay at his feet, Alejandro could not help but look past the tennis court: “Just in front of the tennis club there was a football pitch and whenever I played I’d get distracted watching everything that went on there. I told my Mum I wanted to play football and since then have never looked back.”

Alejandro Rabell was born 16 years ago in Puerto Rico, a country in which football is not the number one sport. “Baseball and basketball are more popular. Although it’s easier to stand out in football, it’s not easy to get noticed outside Puerto Rico,” explains the central-defender, who decided to travel to Spain to find a more professional environment and some more intense training.

“At Marcet I improved my passing, my first touch of the ball and my decision-making”

“I was playing for Bayamon FC, and from there I went to Texas, where I joined Lonestar SC. In the US I realized how important a quality formation is in order to progress, and it was around this time when my Dad spoke to me of Marcet. I spent 6 months in Barcelona and learned a lot. I improved my passing, my first touch of the ball and my decision-making, especially when it comes to correctly occupying areas on the pitch to open up play.”

To learn, Alejandro even learned to play in a different position to what he was accustomed to. “I consider myself to be an offensive central defender, but at Marcet I also had to play as a right-back. Generally, I don’t like running after the ball, but having possession and making good passes between lines.”

During his time in Barcelona, Alejandro got to face the lower teams of sides such as Sevilla or Mallorca. He also got to participate in high level tournaments such as the MIC. Some “great” experiences that allowed him to make the step forward he was looking for. Something that on his return to Puerto Rico became a summoning for his country’s National Team.

At just 16 years of age, Alejandro will spend his summer training with the elite of his country to prepare for a series of friendlies that will start on September the 9th. He is still unsure if he will get to play in these matches or if he will accompany the U-20’s in a tournament. But what he does know is that he’s a lot closer to fulfilling his dream of becoming a professional footballer.