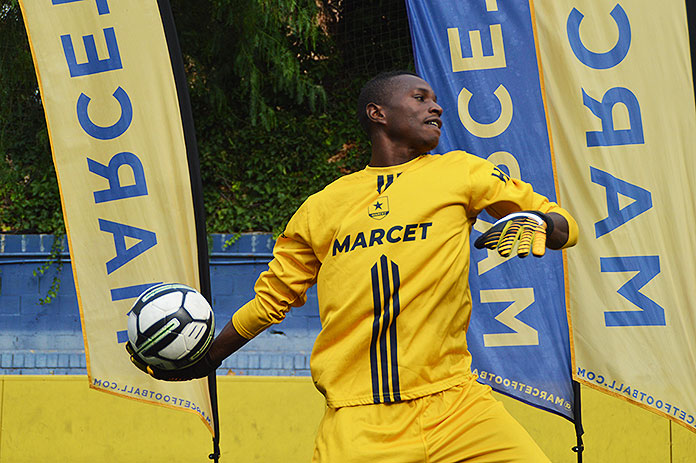 “The situation in Mali is not easy for those who aspire to become professional footballers, all young people dream of one day playing in Europe and seek to fulfil this dream.” This is how Youssouf Koita describes the environment in which he grew up. A home he left come the end of 2018, when the Malian goalkeeper set off for Marcet’s High-Performance Academy.

Youssouf’s goal was to find a team in Europe. At 18, he was done with waiting. With his excellent performances on the U-17s Mali National Team under his belt, having played an African Cup and a World Cup, he had yet to measure himself against the best and be sure if he could make a place for himself in the EU footballing scene.

“I found Marcet thanks to my agent, who recommended I try it out,” explains Youssouf. “At the beginning, I was a little nervous, but also very happy, because I was looking for an opportunity to show what I am worth outside of my country. I’m confident in myself and in my abilities and I’ve always known that I would end up playing in Europe.”

It didn’t take the Malian goalkeeper long to find a team after his arrival at the Academy. “In Barcelona trained in a way that I wasn’t used to doing back in my country. The way they teach you how to catch the ball, how to attack it, how to move it quickly… It’s a lot of information to go through.”

A few weeks after his arrival, Youssouf also had the opportunity to participate in Marcet’s trip to Ávila to face several teams from the Madrid area, including Leganés. It was Girona, however, who noticed the young African goalkeeper and his potential. “They called me in to one of their training sessions, my performance seemed to convince them and they decided to sign me in. I want to do everything in my power to help them level up.”

Youssouf now has the opportunity he was looking for in a club whose first team competes in the Spanish First Division. In a matter of weeks, the African goalkeeper found his place in European football: “My goal is always to do everything that is asked of me, both in training and during games. Down the line, I’m hoping to make it to Girona’s first team and while I’m at it, win a League, why not!?”