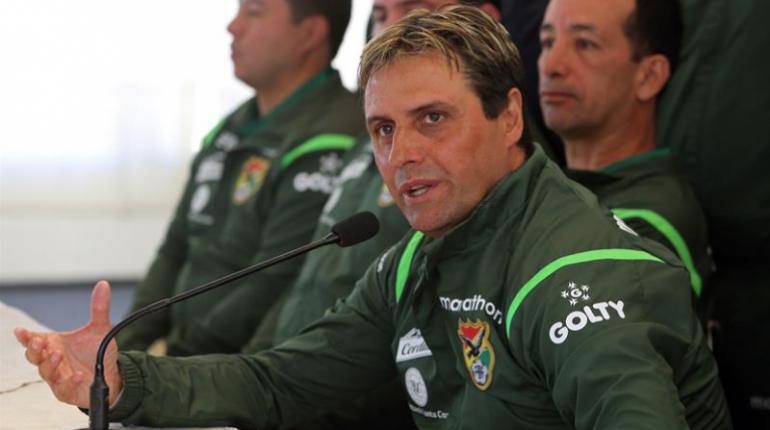 A passionate advocate of neuroscience applied to football, Hoyos won the Chilean Championship as a sports technician after his stay at Marcet.

Comparing anyone to Maradona is risky for any Argentine. The ‘God of football’ is untouchable and anything that comes close to comparing itself to him could be considered blasphemous. Especially if whoever dares to make the comparison works in the world of football. Much like Ángel Guillermo Hoyos who, in 2003, said that one of his players resembled ‘Pelusa’. A declaration risky at the time, but would consequently prove itself anything but rash further down the line given that said sixteen-year-old boy was none other than Lionel Messi.

Hoyos was training FC Barcelona‘s U18s B Team, where he worked in amongst players like Gerard Piqué, Sergi Busquets, Pedro and the ‘Pulga’ himself. The Argentine always maintained an excellent relationship link with the Cordovan technician. He didn’t hesitate to show his support publicly. “He was my footballing dad. He’s helped me a lot since I came to Barça. He was always with me, showing me things and has brought me to where I am today, the First Division. I’m grateful that he is my footballing godfather”, Messi admits.

Many have claimed that he was the true “discoverer” of Barça’s no. 10. “There were things I only ever saw Diego do … And then Leo, he has the art and magic to write countless pages in football’s history books”, he predicted before Messi debuted in Spain’s First Division. Words that give an account of his great eye for footballing quality and promise.

After his experience at Barça, Hoyos began his tour of Greece where he led several top-level teams, including Aris Thessaloniki. After passing through the benches of the Club Bolívar (Bolivia) and Once Caldas (Colombia), Hoyos came back to Barcelona. This time to wear Marcet’s uniform. His experience was a key component to many of the High Performance Academy students’ leap to professional football.

Hoyos, who had played in teams such as Banfield, Talleres de Córdoba and Boca Juniors, put his knowledge and motivating talent at the disposal of Marcet‘s homegrown players. As a specialist teacher working with older students, his teachings focused on developing the cognitive processes necessary to understand and automate the skills required by professional football clubs.

But Hoyos had yet to touch the pinnacle of his technical career. After his experience at Marcet’s High Performance Academy, the Argentine coach received a call from the Bolivian Football Federation (FBF), who wanted to put him in charge of his very own team. Hoyos accepted the assignment with the goal of classifying the Andean team to the World Cup in Russia, although from the beginning he stressed the need to work more in the long term, especially with the lower categories. In fact, he also wanted to personally help develop Bolivia’s U20s, since training young talent has always been one of his priorities. Something he had continuouslty proved both at Barça and Marcet.

All this hard work did not go unnoticed in South America. He had been in command of Bolivia for a few months when he received an offer from the Club Universidad de Chile, one of the most prestigious sports institutions in Latin America. The Argentine coach accepted the offer, despite having to interrupt his collaboration with the Bolivian National Team.

Hoyos stayed in Santiago for more than a year, where he helped them alter course and win the Clausura Tournament in 2017. After this experience, the Argentinian technician travelled to Mexico to work for Atlasduring the 2018-19 season. A year later he returned to Argentina to take over Aldovisi and then Talleres de Córdoba, two First Division‘s clubs.

One of the keys to his success is his application of neuroscience to football. For example, the Former Marcet educator asked the Club Universidad de Chile‘s management for a room with monitors and other technological equipment in order to improve the performance of their players. Hoyos had understood that in football physical is paramount but not everything, psychology is also key. An approach that allowed him to win titles and develop further at Marcet, whose main objective was -and is- precisely to train intelligent players.